I have decided to start working on a new hardware accelerated (cross-platform) application framework in C++, called Nimble Application Framework.

Nimble Writer has been the first product released under my company Nimble Tools. Unfortunately, it is not cross-platform, and it heavily relies on software painting with GDI. That means it will only work on Windows, and too many visual effects will cause it to flicker and/or be slow.

There has been an attempt to completely rewrite Nimble Writer from scratch using the (now seemingly discontinued) Turbobadger library. This is a library that provides a hardware accelerated widget framework with a full layout and render invalidation system. The idea is good, but it has a few things that are worth noting:

After using the library for a while, as well as submitting pull requests and maintaining a custom fork for my software purposes, I've decided to drop that library and finally start working on my own. Introducing: Nimble Application Framework.

This is an open source project similar to Turbobadger, but built from the ground up. Since the idea is to have a very simple API, the following is currently enough to show a window containing widgets defined in an xml file:

As you can see, an application is basically a class inherited from na::Application. From there, you can load a layout XML file by calling LoadLayout with a filename. In this case, example.xml looks like this:

For now I'm passing some styles that should not be required (font, margin) repeatedly. I will add a stylesheet system for this later, more on this in a future blogpost. If you run this example application, you will see this: 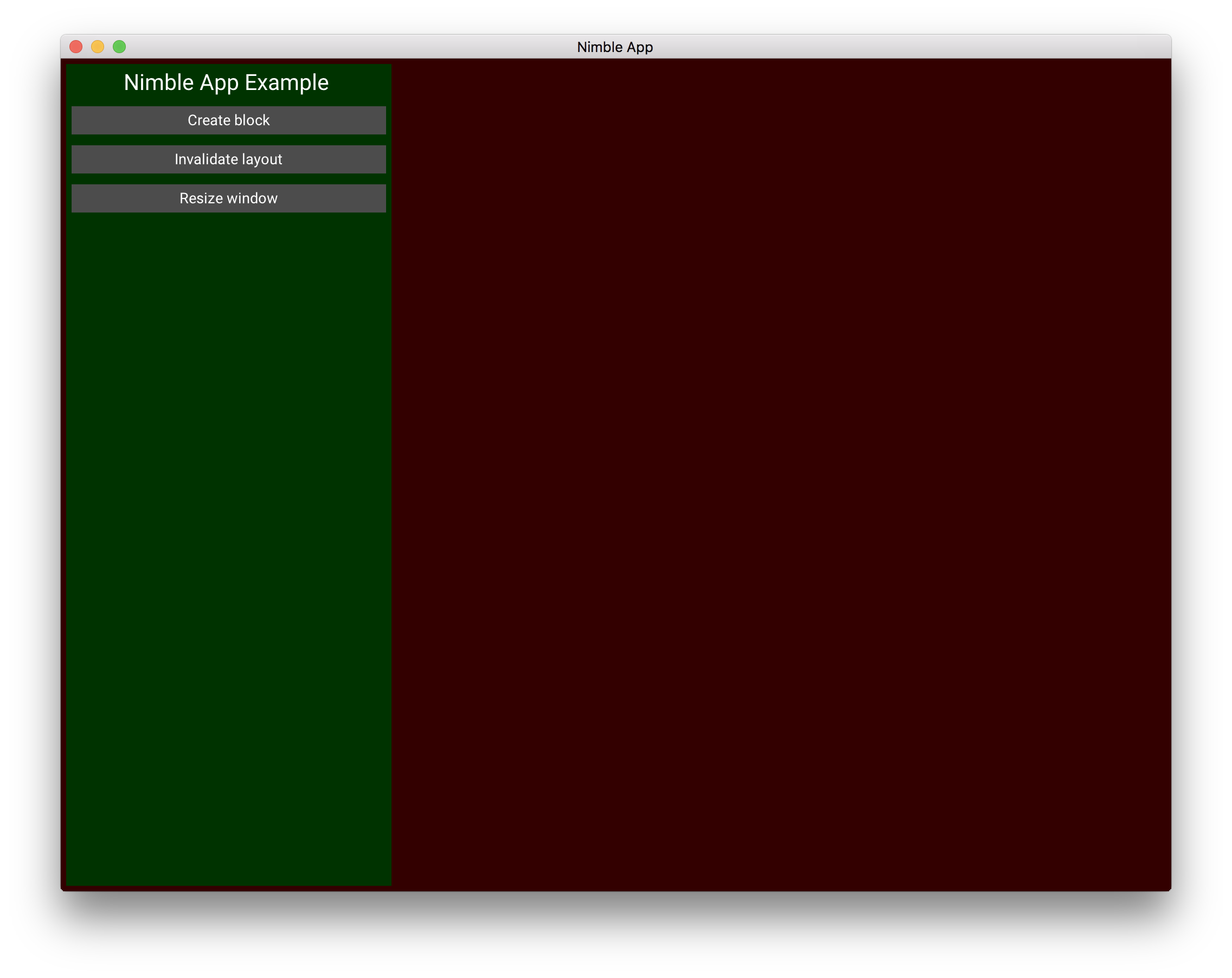 It's good to note that the application is rendered properly on my MacBook's high-DPI Retina screen. This means it will automatically adjust for whatever DPI the system is using.

Here are the key technologies and libraries I'm using to make all this happen:

Over the course of the next couple weeks I hope to be able to show more progress on this project, as well as some screenshots of the first application that will be developed using this new library. The library is fully open source and you can follow its development on Github.